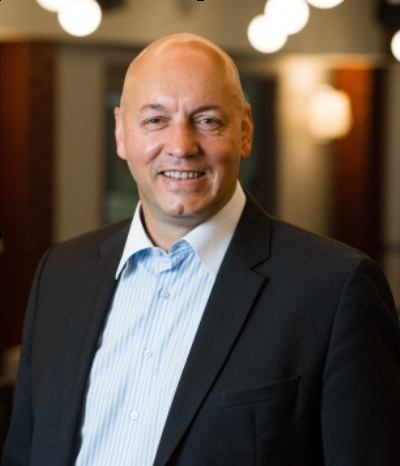 Robert Garbett, the founder of Drone Major Group, is an ex-army entrepreneur who ended his military career in 2007 as the head of airworthiness for the Defence Logistics Organisation. With his CAA Airworthiness accreditation, he embarked on a career in software development and cybersecurity, then focusing on the fast-growth drone industry. This background represents an unusual combination of experience, skill set and intellectual capital, which contributes to the unique position and opportunity for Drone Major Group in the global drone market. 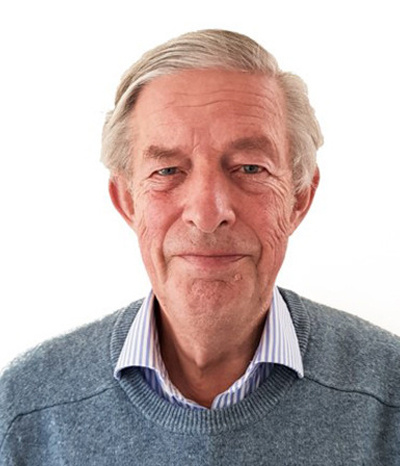 James Fanshawe retired from the Royal Navy in 2005 after five commands and an appointment as the Director of Plans at the UK Permanent Joint Headquarters. James works within a mixed commercial portfolio. He is on the board of the SEA-KIT and the Anglo Belgian Shipping Company and is a frequent conference chairman and speaker. He chairs the UK’s Maritime Autonomous Systems Regulatory Working Group, which has released codes for the safe operation of Maritime Autonomous Surface Ships. 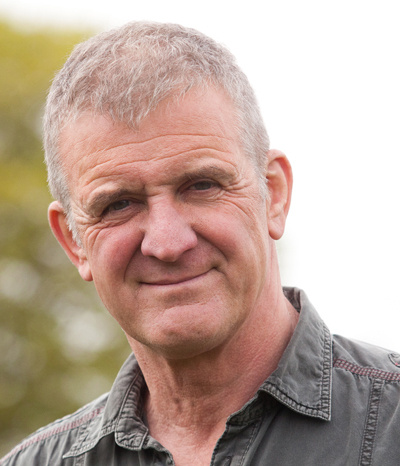 Mark spent six years in the British Army, then went on to establish a dive centre in Cyprus, where he lived for eighteen years. In the late 1980s, he led an award-winning, four-month-long diving expedition. In 1996 Mark moved back to the UK to take up a series of senior positions with PADI. He became a qualified commercial drone pilot in 2016. Since 1999 he has been instrumental in writing and negotiating a series of ISO and EN standards covering training and has carried this expertise into the world of Unmanned Aircraft Systems where he is presently jointly chairing a panel writing ISO standards for the training of UAS pilots. 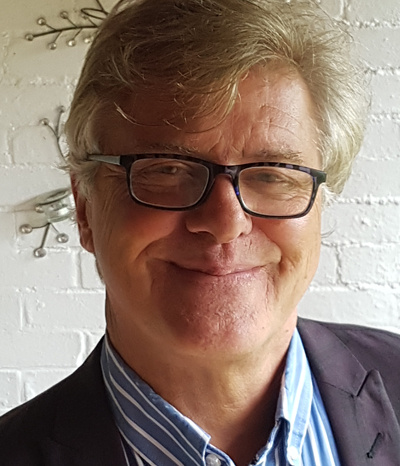 Lyndon is a highly experienced cost planner, quantity surveyor and project manager. His distinguished 40-year career spans 3 different countries and includes a wide range of projects vital to the country’s infrastructure and urban development needs. Lyndon specialises in the measurement, evaluation and review of construction works to determine budget and risks, assisting clients in developing their projects without losing control of the costs. A strong supporter of innovation and technology; Lyndon holds a drone pilots license and conducts quantity surveys using photogrammetry. 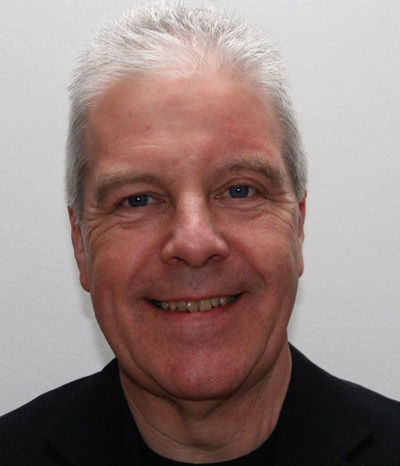 Dr Bruce Macaulay has spent 40 years working within the Transport Technology sector both with private companies and government bodies. His scientific specialty is technology for future mobility. This includes specific interest in Connected Autonomous Vehicles (CAV) together with the supporting technologies of functional safety, electrical electronics and software engineering and the effects of electromagnetic compatibility (EMC) and radio frequency interference (RFI). Bruce’s experience includes managing and implementing highly complex projects at strategic and operational levels. 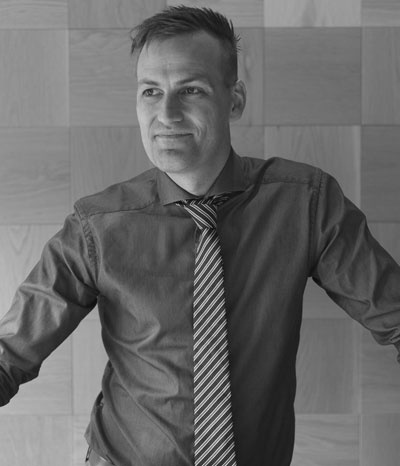 Hakvåg has 19 years of experience within innovation, IP, IPR, standards and entrepreneurship. He has been a lecturer and researcher at the NTNU Center for Entrepreneurship and a National expert at CEN TC 389 Innovation Management (EN TS 16555-series). At present Hakvåg is the CEO of House of Knowledge AS and National expert and Convener for Terminology and Vocabulary at ISO TC 279 Innovation Management and involved in the development of the OECD Oslo Manual 4ed:2018. He is part of the European Commissions - “Joint Initiative for Standardisation - Action 3” and has been a consultative body for the Norwegian Ministry of Trade and commerce on IPR and Standards. Hakvåg originally holds a degree as MSc. in Biophysics and Medical technology from NTNU. 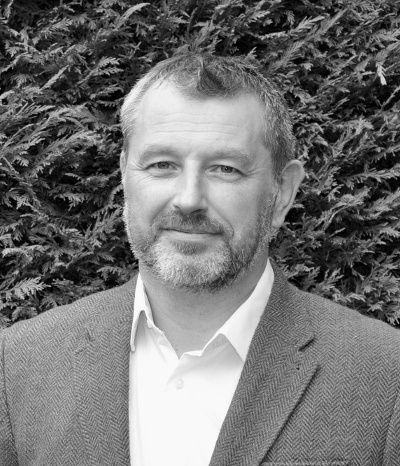 Andy spent 26 years in the military as an engineer and helicopter crewman operating in the Persian Gulf, Afghanistan, Iraq and as a Search and Rescue (SAR) winchman and winch operator. He left the military in 2011 and founded Amber Tiger, a company delivering specialist aviation training and advice to governments, militaries and large aviation companies globally including Lockheed Martin, MBDA, Leonardo, Boeing, Mauritanian government and the UK MoD. Amber Tiger has been recently awarded NQE status for Unmanned training delivery in the UK, he is also on the UK National BSI Group committee for Unmanned Air Systems. 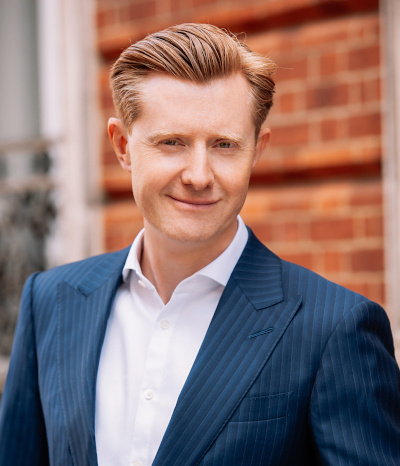 Matthew has extensive experience advising businesses on the full ambit of commercial, IP, Tech, data protection, privacy and cyber security matters. Matthew is an expert in tech and IP matters. He works closely with companies advising them on the best practical and legal measures to mitigate and manage security breaches and ensure compliance with the EU General Data Protection Regulations. He advises CEOs and senior management on how to create the best legal, technological and security governance strategies for the business. Matthew has worked as a CEO and understands the commercial and budgetary pressures businesses face when implementing strategic projects. Matthew is the Managing Partner of Hamlins, a 100+ year established law firm, based in London’s west end.
“Matthew Pryke is both smart and focused with an ability to find solutions that add value”
Legal 500 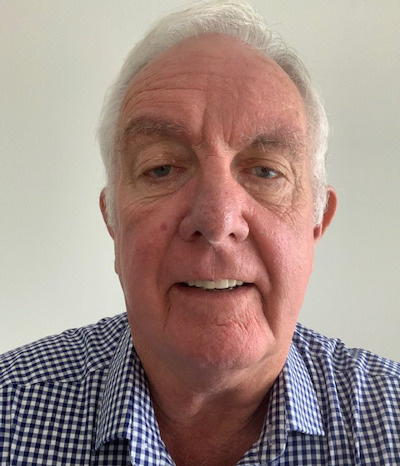 John has been heavily involved in aviation for over 53 years, as an Air Traffic Controller and Airport Manager, including many years working with the CAA, and as a board member of the Airport Operators Association. Now an Airport/ Aviation Consultant specialising in Business and General Aviation support. His more recent projects have included working to both reopen and upgrade several airports, Heliport operations and the development of new technology to move forward electric aviation. 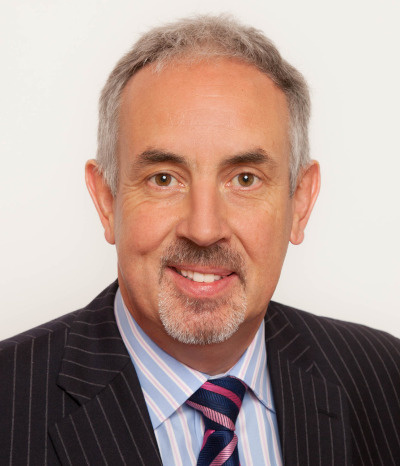 Neil Hunter has enjoyed successful senior appointments across Europe following a rewarding military career as a senior British Royal Navy officer. He has a wealth of experience in both the Aviation and Maritime domains, particularly the robotics sector. He currently consults for the Aerospace manufacturer Schiebel, headquartered in Vienna, Austria and the UK company Smart Ports, as well as supporting the AUVSI UK Chapter and the Guild of Air Pilots Drone Focus Group. Previous appointments have included CEO of IRIS Group delivering Unmanned Air Systems (UAS) Managed Services; the CEO of UMS Group in Switzerland, Head of Business Development at Babcock Aerospace in the UK and Managing Director of Schiebel. In the Royal Navy, he enjoyed significant success as the Commanding Officer of a fully operational warship, and as an Aviator, accruing over 2,000 fixed wing and rotary flying hours, including the award of the Queen’s Commendation for Bravery in the Air. 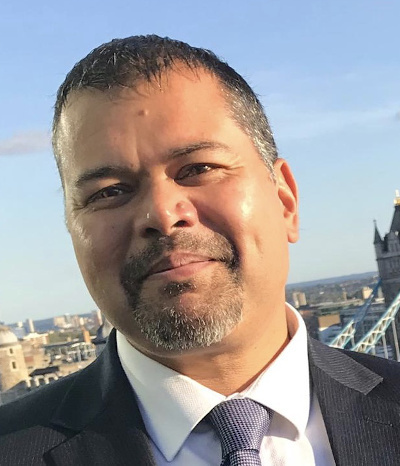 Shelton spent over 19 years’ in law enforcement before leaving in December 2020, He has extensive experience in incident response, physical and digital security, critical incident management, intelligence assessments, threats to life, incident investigation.
He also led the cyber prevent and protect teams at the Yorkshire and Humber Regional organised Crime unit for over 3 years.
In 2020 CSO Online named Shelton as one of the UK’s Top 30 Chief Security Officers at the CSO30 awards 2020. Shelton was also named Cyber Law Enforcement Individual of the Year 2020 at the National Cyber Awards and Digital Person of the Year 2020 by Computing magazine.
He is a subject matter expert in many disciplines including information security, privacy and process improvement.
He has also sat on working groups for the NCSC and NCA.
Shelton is also director and founder of Newsham Business Solutions Ltd.